The use of a free vibrating reed to make music began thousands of years ago in Asia. The harmonica in its current form was developed about the same time as the saxophone, about 150 years ago, but it has never received the same recognition as a serious musical instrument. It is unique in producing notes by both blowing and drawing air through the instrument, which leads to the possibility of producing small, portable instruments with a wide frequency range. The use of the mouth and throat for tone and pitch control make it a very personal instrument.

The early harmonicas were diatonic and the layout of their reed 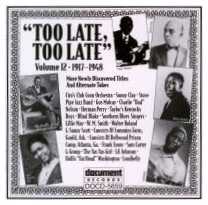 s (notes) was chosen to allow simple melodies to be played with a basic tonic and dominant 7th chord accompaniment. Two styles predominated. The tremolo harmonica and what is usually called today, the blues harmonica. The first truly chromatic harmonicas started to be more common by the mid 20s. These added a button driven slide which raised each note by a semi-tone. The twelve hole model covered three octaves, and the bigger 16 hole added another lower octave.

Some early US diatonic players like Blues Birdhead, Alvin Gautreaux and Gus Mulcay were dabbling with tunes like St Louis Blues in the 1920s and Rhythm Willie finally recorded his clarinet influenced solos in 1940 and later in 48/50 with bands like the Earl Bostic Orchestra. There are examples on Pat Missin's excellent harmonica site.

The best collections of the recordings of harmonica players from this period have been issued on Document Records. 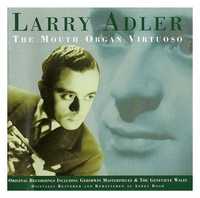 It was the arrival of the chromatic instrument which led to the harmonica's melodic potential being set free. Larry Adler first brought the instrument to prominence as a solo instrument at the same time that Borrah Minevitch was developing the Harmonica Rascals group into a successful comedy variety act. From the early thirties these two built up a tremendous following and made lots of records.

Here are some examples which show their technical skills and musical ability and a repertoire which covered standards and compositions by bandleaders like Duke Ellington. (Caravan, Stormy Weather, Stardust, Daybreak Express).

Larry toured widely and in Paris he made four recordings in 1938 with Django Reinhard and the Hot Club de Paris - Body and Soul; Lover, Come Back to Me; My Melancholy Baby; and I Got Rhythm. These are widely available, like most of Larry's other 78s, on remastered CDs. My favourite is the EMI collection, The Mouth Organ Virtuoso. 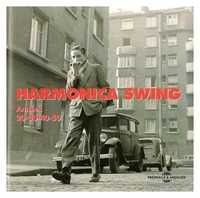 A superb French CD "Harmonica Swing", FA 5096, shows how widespread this practice was in Europe in the 1930s and 40s. Many small jazz groups and orchestras included harmonica players as instrumentalists and soloists. Among the best known during this period were the young Max Geldray (Holland) and Dany Kane (France) who feature on this double CD. In the USA, the CD is called Harmonica Jazz Essentials. You can hear some short audio samples here.

In the USA, the harmonica quartet reigned supreme (Borrah Minevitch, Harmonicats, Cappy Barra, the Philharmonicas) and it was only when their popularity waned that jazz soloists like Charles Leighton emerged. He was the lead in the Philharmonics and Cappy Barra groups.

The popularity of the harmonica peaked in the 1950s in the UK. Larry Adler, Tommy Reilly, Max Geldray (The Goon Show - Max is in view and plays after 3 mins) and Ronald Chesney (Educating Archie) were active on BBC radio and music hall playing a mixture of swing and popular music to a large audience. The Chesney clip has some banter from the show and then a number performed for a none jazz audience at the NHL festival in Westminster Hall, London, in 1960, after Ronnie had stopped playing professionally. 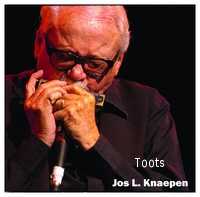 Around the same time a revolution was starting in Belgium. A guitarist, whistler and harmonica player called Toots Thielemans, encouraged by Benny Goodman, had moved to New York and had taken over the guitar seat with George Shearing. Toots played occasional harmonica solos for George before going solo and playing with the local BeBop musicians. He recorded jazz albums in his own name with musicians like Pepper Adams (Man Bites Harmonica), Bill Evans (Affinity) and Ray Bryant, and accompanied singers like Peggy Lee. He took the harmonica to the heart of modern jazz and kept it there, playing later with his friends Quincy Jones, Oscar Peterson and Jaco Pastorius. He still tours but he is in his 80s and has suffered a stroke. His most famous composition is Bluesette. You can listen to him reminiscing with Marian McPartland on Piano Jazz for NPRadio in NY.

No one reached the same heights as Toots in the next 30 years but there were other good players like Mauricio Einhorn (Brazil), Glaude Garden (France), Charles Leighton, Les Thompson and Pete Pederson, in the USA, who carried the flag, often playing as session musicians.

A youngster who came out of the 60s who gained the respect of everyone with his individual approach to the chromatic was Stevie Wonder. Here is a link to a 18 year old Stevie playing Ruby and a mature Stevie playing Bluesette with Toots. Some others were still playing in the swing and Dixeland style. Harry Pitch and Jack Emblow have been performing as Rhythm and Reeds for 50 years in the UK and Joe Martin with Jazz a Plenty for 70 years in the USA. 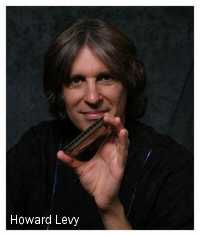 In the 90s, a new generation of chromatic players came through like William Galison and Mike Turk (USA), and Hendrik Meurkens (Germany) and Nobuo Tokunaga (Japan), but in the background, the full potential of the diatonic harmonica was beginning to be realised.

The early harmonica players had discovered that it was possible to lower certain notes on the diatonic and the ability to vary pitch became a very powerful musical technique, particularly for blues and country players. Howard Levy developed playing techniques, which enable him to produce the other notes required for a complete chromatic scale and a new revolution was underway.

In the hands of a player like Howard, not only could you play any melody but you could bend up and down to any note.Howard played for many years with Bela Fleck, and his style also fits the music of the Lebanese musician, Rabih Abou-Khalil. Here are some examples of Howard playing in a jazz environment in a concert he played for the NHL in London in 2007 (Francesca, Amazing Grace {virtuoso performance}).

So, what is happening now? We seem to have resurgence with the arrival of the Internet generation. The improved communication and the ability to see and learn from the best on the Internet have raised the bar considerably. Interest is increasing; membership of the National Harmonica League has doubled in recent years and around the world young new players are emerging on chromatic and diatonic, mixing the old techniques with modern musical influences. Musical distinctions are blurring as funk and jazz overlap.

The UK has two established younger jazz chromatic players, Julian Jackson and South African born Londoner Adam Glasser, with others seeking to establish themselves. France has blossomed in recent years and has quite a crop of youngsters led by Greg Szlapczynski, Frédéric Yonnet, Olivier Ker Ourio and Sébastien Charlier. The USA has Gregoire Maret (Switzerland) who has plays with many modern/funk jazz musicians like Dapp Theory and Herbie Hancock. Holland has Hermine Deurloo, Spain has Antonio Serrano, Germany has Jens Bunge, with more from Brazil, Ukraine, Japan …. Even Swing jazz is popular again. Here is PT Gazell. The future is looking bright and is still being written. There is a lot of talent out there.

The National Harmonica League is the organisation for harmonica players of all levels and musical leanings in the UK. We organise educational workshops and publish a magazine, Harmonica World, six times a year. It is sent out to our members all round the world and we run festivals and training workshops in the UK. The recent annual festival, H2008, in Bristol, had a jazz theme and featured Harry Pitch, Adam Glasser and William Galison.

In 2008, the Barbican featured concerts by Toots Thielemans and Gregoire Maret. You can hear Julian Jackson and Adam Glasser, mainly in the London area. Julian has a CD, I can't get started, and Adam's CD, Free at First is due for release on Sunnyside Records in Februay and he is appearing at The Bulls Head in Barnes, London, on 28th Jan 2009.

My favourite videos? Toots and Steve Wonder playing Bluesette and a video which edits together three different performances of Summertime by Larry Adler.

Addendum - Here are more examples of Harmonica Jazz to listen to or watch.

Copyright - I have tried to use resources which are in the public domain or ones where permission has been granted. This area can be quite complex so if I have used anything improperly, please let me know and I will remove it.

Send any feedback to Roger Trobridge

Roger Trobridge is the non-playing Chairman of the UK based National Harmonica League and the Editor of the NHL magazine "Harmonica World", one of the most widely read in the world.

Since his retirement in 1996 from a career in R&D, which included developing Dove Ice Cream bars for M&M Mars, he has been active in the use of the Internet for collection and presentation of information. He became Chairman in 2000 and he is building up an archive of harmonica books, videos, CDs and vinyl recordings, particularly related to the NHL. Some can be seen on Youtube.

Roger is involved in several web site projects apart from the National Harmonica League site but the Cyril Davies website, dedicated to the father of the UK blues harp scene, is probably the best known.

He can be contacted on gopher@internet-gopher.com